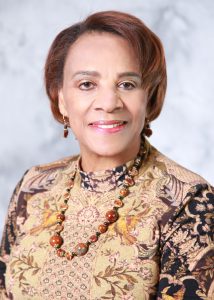 Dr. Jan Owens-Lane is a licensed Clinical Psychologist in the State of Connecticut and District of Columbia (D.C.). Dr. Owens-Lane has over twenty-five years of varied experience in the field that cover a wide spectrum of treatment in private and group practices, work in community organizations, churches, academic and rehabilitation settings. The academic involvement includes Adjunct Professor at Southern CT State University Graduate School of Social Work and Adjunct Professor of Psychology for six years at Quinnipiac University in Hamden, Connecticut. She maintained a private practice for over twenty years in Hamden until 9/2020. Her specialties include treatment of anxiety disorders, stress/job stress, adjustment disorders, transition issues, obsessive compulsive disorder and disabilities/health issues with a cognitive behavioral approach.

Presently, Dr. Owens-Lane is advancing her Management Business Consultant Practice of over 20 years. She is well regarded as a public speaker, coach and business consultant with organizations, hospitals, schools, churches and small businesses providing tailored presentations, training seminars and keynote speaker for groups, covering various topics such as: conflict resolution, team building, stress reduction, relaxation training, cultural diversity/multiculturalism, spirituality and clinical practice development. She has written a variety of articles including Depression: The Forbidden Voice Among African American Women, Is Spirituality the Forbidden Voice in Treatment? She has developed her own relaxation tape. Dr. Owens-Lane has received numerous awards: 2022 APA Division 42 Mentoring Award; 2021 CPA Extraordinary Service Diversity & EDI; Connecticut Psychological Association (CPA) Award for Distinguished Contribution to the Practice of Psychology, CPA Outstanding Achievement Award, CPA Fellow Award for Outstanding Contributions, CPA President’s Award and 2007 received the CPA Diversity Award. In 2016, Dr. Owens-Lane was awarded the Catherine Acuff CPA Award (highest) and the same year awarded the Legendary Woman Award from the Perfect Blend for her mentoring of students and colleagues. She has also received numerous other awards and recognitions: 2018 Governor of CT Distinguished Contribution to Psychology, Distinguished Contribution to Psychology Mayor of New Haven, CT.  Dr. Owens-Lane is the founder and member of a Peer Consultation Group of Psychologists for over 20 years.

Among her major accomplishments is President of the Connecticut Psychological Association and the first person of color to be elected President in the history of this organization (1/ 1/2005 – 12/2006). Under her tenure, she advanced diversity in the State Association and communities of Connecticut. Dr. Owens-Lane is committed to and passionate about supervising and mentoring high school, undergraduate and graduate students as evidenced by her 20-year leadership of the Ethnic Diversity Task Force of CPA. In 2021 the EDTF Scholarship Fund was renamed the Dr. Jan Owens-Lane Scholarship to honor her. Presently, she serves as Advisor/Consultant to EDTF.

Her professional and community affiliations include member of the American Psychological Association, the Connecticut Psychological Association, CPA Representative and Appointee for the Ethnic Diversity Initiative to APA Four times. As a result of this national diversity initiative, Dr. Owens-Lane founded the Ethnic Diversity Task Force (EDTF) of CPA and won the first diversity award from the American Psychological Association. She is former Chair of EDTF with mental health presentations to barbers and hair stylists. Also, she is a long-standing member of the National Register of Health Service Providers in Psychology and served on boards in her professional organizations and community. Dr. Owens-Lane was appointed in 2005-2009 by the Governor of CT to serve on the Department of Mental Health & Addiction Services Board. While she recently relocated to Silver Spring, Maryland, however Dr. Owens-Lane remains active with CPA and serves on the CPA Educational Foundation Board.